Try to think of a day when you did not use plastic. From your toothpaste tube to a chip bag to a fleece jacket, plastics are everywhere.

“You wake up with plastic and you go to bed with plastic,” says UW–Madison School of Human Ecology professor Majid Sarmadi.

According to the EPA, the United States generated 33 million tons of plastic waste in 2013. Nearly two-thirds of that material was used for containers, packaging, and other non-durable goods such as plates and cups – i.e., items intended to be thrown away. However, only about nine percent of that material was recovered for recycling. 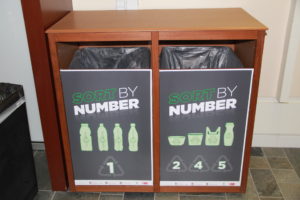 “We have a lot of plastic waste,” says Natalie Rudolph, an assistant professor of mechanical engineering. “We are surrounded by plastic parts in our daily life.”

Rudolph and Sarmadi are working together to explore a better, more energy-efficient system for recycling plastics with a new pilot program called “Sort by Number” on the UW–Madison campus.

The Sort by Number project, supported by a Sustainability Innovation in Research and Education grant from the UW–Madison Office of Sustainability, asks campus users to sort their discarded plastics into two different bins based on the recycling numbers located on the items. 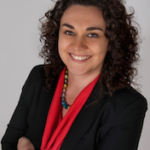 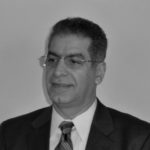 The researchers are shredding the collected material and blending different types of plastic to study the properties of the resulting combinations. The goal is to create a more sustainable recycled product and reduce the amount of plastic waste going to the landfill.

“After looking into sorting, the benefit we get scientifically for our plastic recycling project is we get all these different materials sorted and then we can use a defined percentage of each material and investigate mixing,” Rudolph says. “We want to look at how we can process that material into a new material.”

Human behavior is a crucial step in the process, the researchers say. They have installed Sort by Number bins in Grainger Hall, Mechanical Engineering and Nancy Nicholas Hall where people can sort their plastic recyclables. The bins are clearly labeled with the recycling number as well as common examples of items that correspond with that number.

Though recycling numbers are located on most common plastic items, Sarmadi finds that most people in the U.S. do not pay attention to the numbers. 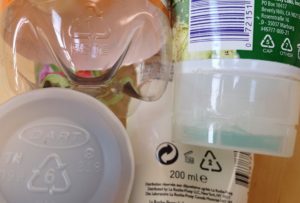 The team is analyzing the sorted material to evaluate how well the Sort by Number approach works in the three pilot buildings. They say there is a small minority that is very conscious and careful when it comes to helping the environment, but that most people need an incentive to change their behavior.

Rudolph wants to learn whether the university could receive more money from recyclers for shredded or sorted plastics, which could create a possible incentive for people to change their recycling habits. The team also hopes to create outreach materials to teach new students how to properly recycle on campus and the importance of checking plastic recycling numbers.

Sarmadi compares our resource use to a bank account. A person can only take money out of the bank without putting anything in until they run out of money in the account, he says, and the same goes for resources – if people do not help find a way to reuse and recycle resources, eventually we will run out.

“These are our resources, we cannot waste them, we cannot destroy them,” he says.