As of August 2022, UW-Madison relaunched a food waste collection program on a trial-run basis. After receiving tremendous support from the campus community, the UW Zero Waste team convened members from participating facilities, haulers, and a processor in order to find a solution to the composting conundrum. To date, all groups have agreed to a trial-run program where only a clean stream of food scraps will be collected by participating facilities and converted into compost. Below are more details describing each groups role and responsibilities. 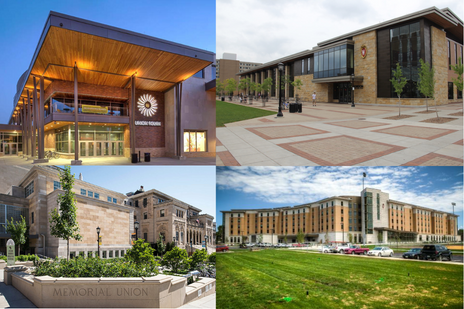 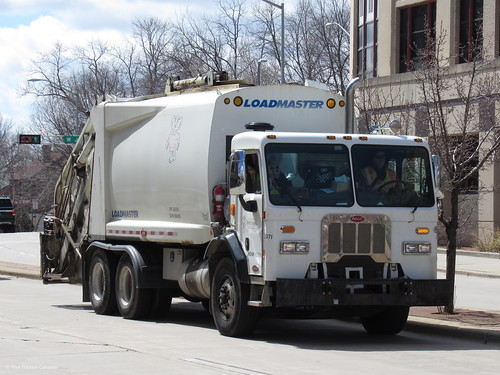 The FP&M Physical Plant Waste & Recycling team collects the food waste from participating facilities. Currently, this team inspects each load of food scraps provided by the participating facility. If a load is contaminated with non-food items such as plastic bags, bottles, wax paper, etc., the load will be rejected and material will be hauled to the landfill. If the participating facility continually has contaminated loads, the facility will be removed from the program. To date, only one load has been contaminated. After discovering this one load, corrective actions were put in place to remedy the operational disposal mistake. After the loads are inspected and collected, the team hauls the food waste to the West Madison Agricultural Research Station (WMARS).

WMARS intends to process the food waste using a windrow composting process to create finished compost (as shown in the photo). This facility does not have screening technology. Processing only acceptable items remains an important operational concern. WMARS’s superintendent Janet Hedtcke stated “the project is going excellent so far.” Because of the supervision, restriction of material brought in, and micro-batches, the station has seen an improvement from the previous program. Hedtcke is in favor of this procedural process to ensure that the material stream remains clean. Still, the trial period is only in its beginning stages. The windrow for the food waste is still being stockpiled and constructed. Once the field is ready, WMARS will begin the composting process. It will take a year of monitoring and collecting data to officially state if the project was successful. A long-term outlet/processor is still under consideration.

Prior to sending items to an anaerobic digestor, WMARS collected food scraps produced on the main campus. WMARS stopped collecting the university’s food waste because of its high contamination rate. Some examples of contamination included paper/wrappers that blew across the field,  industrially compostable products that never broke down, and even metal cutlery that punctured tractor tires. A summary timeline of food waste collection at UW-Madison is shown below. 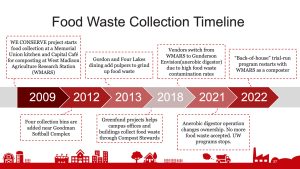 What about food waste from home?

The UW–Madison does not accept additional food waste brought from off-campus residences.

For more information, check out the EPA’s Food Recovery website for more ideas!