For a generation motivated by technology and fast-moving information, a professor at the University of Wisconsin–Madison has created an energy-tracking app to make reducing day-to-day energy usage more accessible. 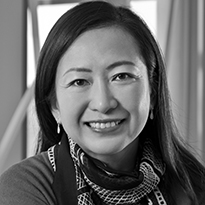 Nancy Wong, a professor of consumer science in the UW–Madison School of Human Ecology, designed the new app with a diary format in which users can choose daily activities to reduce their carbon emissions and energy consumption. Called “MyEarth – Track Your Carbon Savings,” the app will launch today, April 20, during the Nelson Institute Earth Day Conference.

UW-Madison computer science professor Suman Banerjee initially approached Wong for a consumer perspective on a project developed by a student of his, John Meurer. Working together, they quickly realized many opportunities to make the proposed app more user-friendly and customizable.

“We tried to categorize it into the different kinds of activities that you can do so that people can select from whatever suits their lifestyle,” Wong says.

The app is organized with five main categories: electricity, recycling, travel, food and usage. Each category includes day-to-day activities as simple as recycling a milk jug to more complicated actions, such as upgrading to a high-efficiency toilet that reduces the need for energy-intensive wastewater treatment.

As users check off activities in their individual diaries, they accumulate saved carbon units. Wong wanted the app to track daily progress visually to help users see how smaller steps can build to achieve a larger goal and that individual actions can have broader impact. 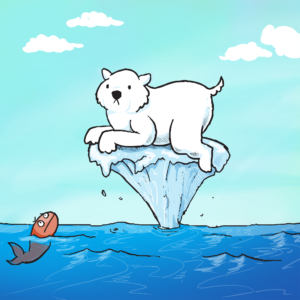 Research assistant Andrew Stevens came up with the idea of using a polar bear clinging to a small iceberg to represent the impacts of the chosen activities. The more carbon units and energy saved, the larger the iceberg becomes, Wong says.

“The iceberg is going to grow and then eventually the bear can sit on it,” she says. “I want it to grow organically, so that it gets bigger, so you can have another bear, so then you can have a bear family.”

Wong says she hopes people will use “MyEarth” to identify and prioritize energy-saving activities. She was motivated to work on the app by a belief that behaviors need to be simple and understandable in order to become sustainable.

“There is a real disconnect between what people say that they want to do in terms of their attitudes toward the environment and conservation and translating that into actual behavior,” Wong says. “Carbon units are too abstract for people to understand. Translating conservation behaviors into something tangible, such as a growing iceberg, could help.”

The free app is available for both iOS (through the iTunes store) and Android (through Google Play) platforms. Attendees at the Nelson Institute Earth Day Conference on April 20 can also visit Wong’s booth to learn more.

“Most of the time, I see [lack of concern for the environment] as a failure to connect individual action to that bigger picture,” Wong says. “Hopefully the app could help you understand actually whatever you do is not insignificant and this is how you can contribute.”

The project is funded by a grant from the National Science Foundation with support from the UW–Madison Office of Sustainability.