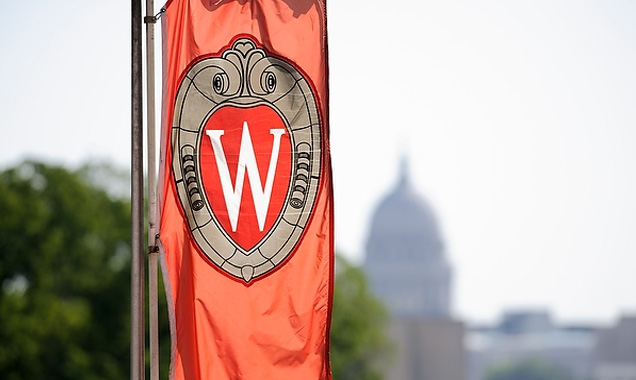 February 3, 2015 | by Office of Sustainability staff

Members of the UW–Madison and greater UW System community have responded strongly to news that Gov. Scott Walker’s 2015-2017 budget includes a $300 million budget cut to the UW System and a proposal to separate the system from the state.

The cut would represent a 13 percent of the UW System’s budget over two years. Additionally, the state would remove itself from the system’s administration, giving it freedom to operate outside state regulation on matters including student tuition rates, employee compensation and construction.

The announcement has sparked online debate about the system’s role in the state, including a series of opinion editorials from UW–Madison faculty criticizing Walker for comments he made about faculty workload.

UW–Madison is compiling media coverage of the proposed budget cuts at budget.wisc.edu. The website also includes information about the university’s relationship with the state as well as the university’s Budget in Brief, which provides a comprehensive summary of the institution’s budget.

Below, we provide a selection of recent media coverage that addresses some key aspects of the debate, including the social and financial sustainability of the university as well as the value its faculty, staff and students bring to the state.

Asked how he could expect the university to absorb a historic $300 million cut, Gov. Scott Walker responded with the ultimate put down. The faculty could just work harder, he said, perhaps teach another class each semester.

Why I stay at the UW
By Michael Apple, UW–Madison professor in The Cap Times

As I watch many valued colleagues leave the University of Wisconsin-Madison for other institutions, I react with dismay. Not at them, but at the lack of any substantive educational vision that now seems to pervade the governor’s officer and the Legislature.

Higher education cuts come as other states are putting money back into colleges
By Dan Simmons, Wisconsin State Journal

Gov. Scott Walker’s proposed budget cut of $300 million to the University of Wisconsin System comes as other states, nationally and in the Midwest, have inched up funding for higher education, restoring support lost during the economic recession. More increases are expected in coming years.

Great change is often met with great anxiety, but this is also a time of opportunity. The governor’s plan offers a strong starting point as we begin the budget-making process in the Legislature, where this proposal will be scrutinized more closely as we gather feedback from the public.

UW split may cause higher tuition and diminish student voice
By Adam Johnson, The Badger Herald

Simply put, tuition is going to rise and students will have less of a voice in the oversight process. Most excruciatingly, this will all be done while Walker can wash his hands of the situation and say, “Hey, I kept costs down, it’s those darned regents who are raising your tuition or getting rid of your two-year school.”