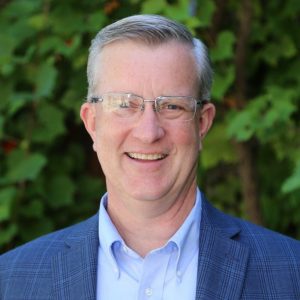 Mark Guthier is currently the Associate Vice Chancellor for Student Affairs & Director of the Wisconsin Union at the University of Wisconsin-Madison. The Wisconsin Union, founded in 1907, is a campus-wide system of programs, services, and facilities responsible for building community for 60,000 students, faculty and staff on a daily basis. In addition, as one of the last unions in the country with an active membership program, the Wisconsin Union provides programs and services for over 90,000 lifetime members. His additional responsibilities include Student Affairs Advancement and the Center for Leadership & Involvement, which houses the campus’ following departments: Fraternity & Sorority Life, Registered Student Organizations and the Leadership Framework and Leadership Certificate programs.

With an annual operating budget of over $56 million, the Wisconsin Union produces more than 2,000 programs and events annually and hosts nearly 48,000 meetings in its two main facilities, Memorial Union (1928) and Union South (1971, 2011). Mark holds two degrees from Indiana University – a BS in accounting (1987) and a J.D. (1990). He is married and the father of five children ranging in ages from 26 to 19. In his free time, he enjoys gardening, cooking, and entertaining. In the 2013-14 academic year, he served as the President of the Association of College Unions International and in 2017 he received the Association’s Butts-Whiting Award to honor his significant contributions to the college union and student activities movement.